The Truth About Table Salt and The Chemical Industry 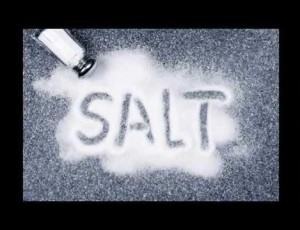 The mainstream media, at the behest of the misguided medical establishment, villainizes salt. Society is constantly told that salt can raise the blood pressure, cause cardiac failure, damage the kidneys, aggravate asthma, and cause kidney stones. The establishment makes no distinctions between the different types of salt.

Unrefined and unadulterated sea salt is not harmful in moderate amounts. Its benefits over table salt contrasts the immense differences between God’s engineering and man’s. The human body requires a certain amount of sodium for optimum health, and we could not live without it. Healthy sea salts selectively make a body a hostile environment for pathogens, such as bacteria and parasites. Its specific toxicity to pathogenic life forms is why salt is such an excellent preservative, while leaving the healthy foods completely intact. Even mainstream medical doctors will admit these things when probed, but their institutionalized attacks upon salt continue unabated.

Sea salt naturally contains selenium, which helps to chelate toxic heavy metals from the body. It also contains boron which helps prevent osteoporosis, and chromium which regulates blood sugar levels. Sea salt is one of the few sources for safe copper ingestion, and copper helps the body to form new arteries whenever the main arteries become too clogged. Small quantities of sea salt will actually lower the blood pressure of most individuals, because it provides the trace minerals that aid with blood pressure regulation. It can only stabilize the blood pressure when the industry-depleted salts are removed from the diet. Mineral deficiencies are partly responsible for the rising obesity epidemic. Obese people are invariably malnourished, and their bodies are starving, because regardless of how much they eat, they are not getting the minerals and nutrients that they need. The processed table salts and conventionally grown produce are a big part of the problems.

The more common “refined” table salts have been been stripped of their minerals during processing, which manufacturers then sell to supplement companies. It makes the unmistakable point that the producers of table salts are intentionally stripping what they know to be the most nutritious part of the salt, and actually increasing profits by malnourishing their own customers.

Table salt has all of its minerals removed, which would otherwise help to balance the blood pressure. Consequently, table salt causes gross blood pressure fluctuations, instead of stabilizing it. This well-known danger has created an entire industry of “low sodium” foods.

Processed foods are very high in sodium, but it is always in the form of table salt, artificial flavors, or flavor enhancers. In the ultimate heart-health irony, low sodium products often contain monosodium glutamate, a sodium-based excitotoxin that causes heart attacks in people who do not have enough magnesium (from organic vegetables and sea salt). It is probably the most common reason for mysterious heart failures in young athletes, who simply fall-over dead at sporting events. The profuse sweating imbalances their electrolytes even further, to become the final straw on the camel’s back.

Contrary to popular belief, table salt is not just sodium chloride. It also contains additives that are designed to make it more free-flowing. Ferrocyanide, talc, and silica aluminate are commonly included. Aluminum intake leads to neurological disorders, particularly when no selenium is provided to help the body to chelate it. Aluminum bio-accumulates inside the body, causing further degeneration over time. Talc is a known carcinogen, though its effects upon ingestion have not been heavily studied. While it was once used in baby powders, the majority of such products now use cornstarch instead of talc, because of the known health risks. The F.D.A. has a special provision to allow talc in table salt, even whilst it is prohibited in all other foods, due to toxicity issues. According to current regulations, table salt can be up to 2% talc.

Some companies sell bright white salts that are labeled as “sea salt”, but they have had all of their minerals removed, just like table salt. It is the minerals that give real sea salt an off-white color. Depending on where it originates, real sea salt will be either gray or slightly pink. Salt that contains saltwater minerals is never bright white. Most of the sea salt that is available at major retailers is just as mineral depleted as table salt. These alleged sea salts sometimes contain anti-caking agents too, because they are produced by the same despicable companies that produce table salt. The reputable sea salt companies that we have investigated do not use any anti-caking agents or other impurities.

The potassium iodide that is added to table salt is not adequate to compensate for most iodine deficiencies. It is usually sufficient to stop goitrous boils from swelling in the neck, which are caused by an extreme deficiency. However, not enough iodine can be obtained from table salt to maintain optimal health, unless a dangerous amount of sodium is consumed. Naturally-occurring iodine is present in unadulterated sea salt with complimentary minerals, but even the vastly superior and healthier sea salt may not be enough for a tiny fraction of people who have extreme iodine deficiencies, which are caused by fluoride toxicity and other mitigating factors.

The F.D.A. mandates that any salt, which does not have iodine added (at the chemical plant) must bear a warning label. It must state, “This salt does not supply iodide, a necessary nutrient”. As a result, sea salt distributors are required to lie on their labeling. Unadulterated sea salt usually contains more iodide than iodized table salt does. Iodide is iodine that is mixed with a salt. In fact, iodide really ought to be called, “potassium iodine”. The naturally-occurring iodine in sea salt is maligned by false labeling to favor the chemical industry’s bastardized products and profits. Moreover, the inorganic iodide in table salt is less healthy, because it is lacking the trace minerals that work with it, that are found only in natural sea salts. Sea salt distributors are not allowed to put any of this truthful information on their labels, under the threat of serious legal trouble for violating the disingenuous labeling requirements.

→ Next: Hormones in Plastic and Environment